Unicorn believes that 2022 will be marked by “two halves” – the first a rainy season, while the second will be preceded by a turn of circumstances, and most probably be in stark contrast.

Even though we named the rainy season as the first half, it probably isn’t ending on 30th June 2022, and despite not having a crystal ball, we had been sharing since January last year that inflation will be a game changer.

Yet, it is not inflation itself that the stock market is afraid of. It is the increase of interest rates (due to rising inflation) which would squeeze liquidity that is rattling the stock market. 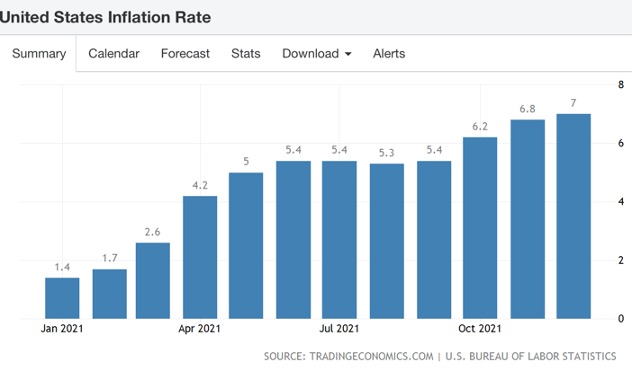 This was pushed up by the Producers Price Index (PPI) hitting 9.8% last November2 as it is a measure of inflation based on input costs to producers.

With the inflation hitting the roof, the Fed wasn’t going to sit on their hands. However, it was also observed that Fed Chair Jerome Powell had changed his rhetoric after he was re-nominated as Chair on 22nd November 2021. He had been quite insistent that inflation was “transitory” before that, and we had also explained then why we think inflation might last longer.

With “transitory” inflation, the Fed stood by their position that interest hikes would only take place in 2024.

However, after Jerome Powell was confirmed to be the next Fed Chair, the word “transitory” was indeed retired which suggested that our view of inflation had been on point. And on top of that, the Fed announced not only 2, but 3 rate hikes THIS year, which also shows that Powell could be quite flexible and change direction on Fed policies once they cease serving their purpose.

Perhaps US President Joe Biden had bade Jerome Powell to calm the inflationary market when he was re-nominated. The Democrats need as many wins as they can for their Mid-Term Elections in November later this year.

With the “promise” of increasing rates, and the market in jitters over it, the stock market is likely to be quite volatile. While the stock markets were affected, growth stocks were the ones more badly hit. NASDAQ was already down slightly more than 16%, and might take some more time to find its ground.

We think the “second half” would be possibly be in stark contrast to the first half, where growth stocks will probably stage a comeback.

This is because with the strong rhetoric that Jerome Powell has mustered, and as most of inflationary woes are temporary, he would have the choice of backing down from the measures that were announced. Once inflation eases, the interest rates hikes could be ceased as well.

In fact, the quick about-turn of policies have already gained itself a label – the “Powell pivot”.

And we do have reasons to believe that the Chair’s words are more bark than bite. 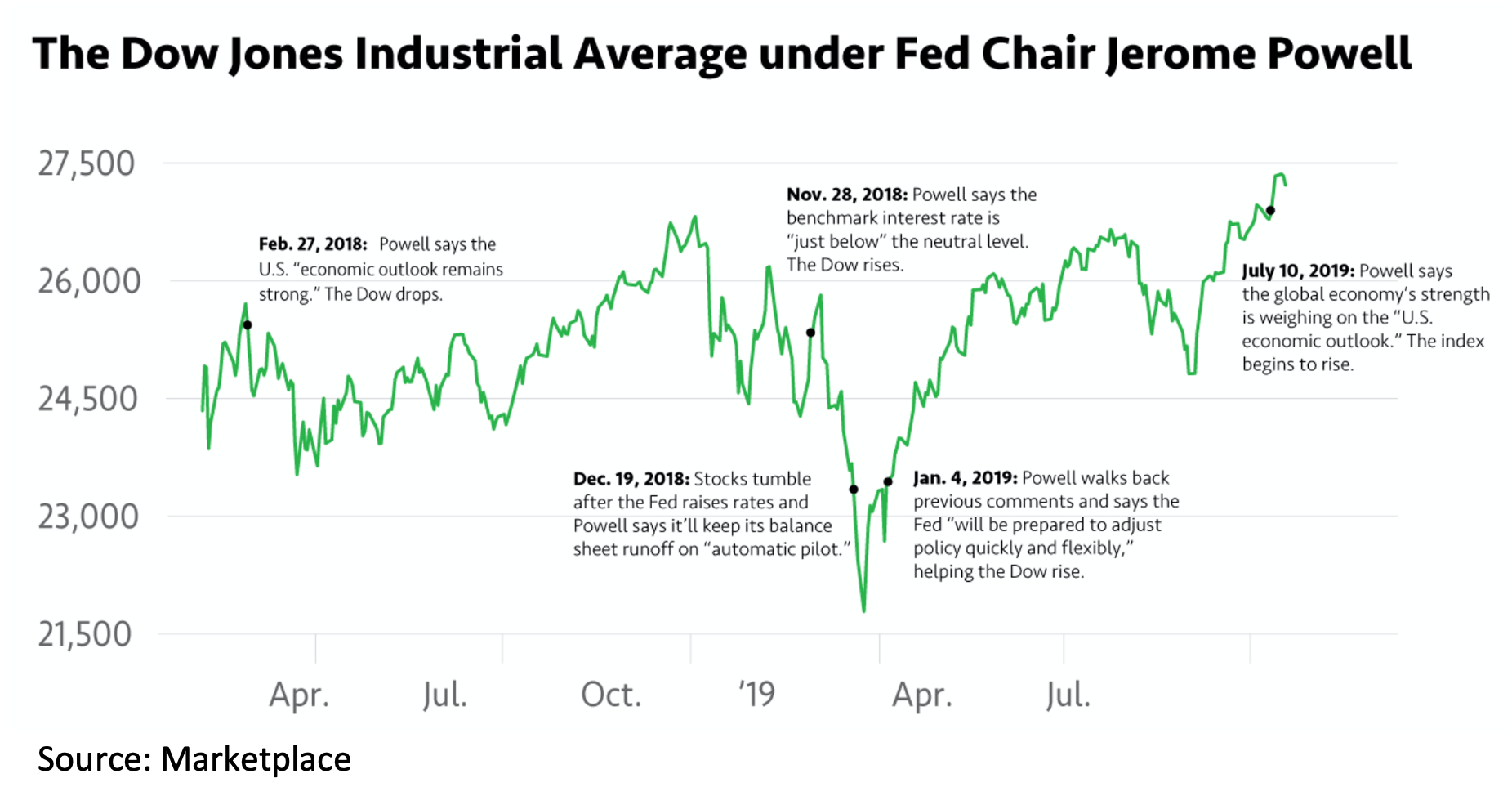 In 2018, Jerome Powell did a series of pivots which sent the market into a frenzy. In November that year, his remarks made the investors think that Fed would be holding off an interest rate raise, but the hike DID happen a few weeks later, causing the market to drop hard and fast. He then made another pivot assuring investors that Fed would be prepared to act quickly and flexibly”, and the stock market rose upon that assurance.

Thus the Fed could change their policies very quickly, and the market usually gets spooked when the policies weren’t expected by the market.

With so much going on, there are a few things you CAN do.

1. Top up your investment portfolio

Besides the rout on the growth stocks, China is also immensely attractive after a 30% drop. We had discussed about what’s going for China in our previous Unicorn 1200 write-up and we continue to like China. Also, after embarking on an unprecedented third term as a Chinese President this year, Xi Jinping too wants a stable government, a strong economy and a healthy stock market as a reflection of his leadership.

High quality growth companies have already seen a decline of 15-30% and hence at attractive prices. We will continue to monitor and work on determining appropriate times to re-allocate more of the portfolio to equities.

As the storm rocks the stock market in the “first half”, it’s an opportunity to pick up the good buys especially with the regular monthly investments as the market gets more volatile.

3. Buy in as and when you have a surplus

Trying to time the market becomes an opportunity cost because “timing the market perfectly is nearly impossible, the best strategy for most of us is not to try to market-time at all. Instead, make a plan and invest as soon as possible”. In the research, there were five hypothetical long-term investors (see above chart) following very different investment strategies. Each received $2,000 at the beginning of every year for the 20 years and invested in the stock market, as represented by the S&P 500.

The Schwab Center for Financial Research research also “shows that the cost of waiting for the perfect moment to invest typically exceeds the benefit of even perfect timing.”

Do strategise with your Unicorn Financial Consultant as soon, and take action promptly as opportunities like this do not happen often!

2.US Bureau of Labor Statistics

The information herein is published by Unicorn Financial Solutions Pte. Limited. (“Unicorn”) and is for information only. This publication is intended for Unicorn and its clients or prospective clients to whom it has been delivered and may not be reproduced or transmitted to any other person without the prior permission of Unicorn. The information and opinions contained in this publication has been obtained from sources believed to be reliable but Unicorn does not make any representation or warranty as to its adequacy, completeness, accuracy or timeliness for any particular purpose. Opinions and estimates are subject to change without notice. Any past performance, projection, forecast or simulation of results is not necessarily indicative of the future or likely performance of any investment. Unicorn accepts no liability whatsoever for any direct indirect or consequential losses or damages arising from or in connection with the use or reliance of this publication or its contents. The information herein is not intended for distribution to, or use by, any person or entity in any jurisdiction or country where such distribution or use would be contrary to law or regulation. If this publication has been distributed by electronic transmission, such as e-mail, then such transmission cannot be guaranteed to be secure or error free as information could be intercepted, corrupted, lost, destroyed, arrive late or incomplete, or contain viruses. Unicorn does not accept liability for any errors or omissions in the contents of this publication, which may arise as a result of electronic transmission. This advertisement has not been reviewed by the Monetary Authority of Singapore.